Come November 1 and the city will commemorate 51 years of its foundation as an independent Union Territory and the capital of both Punjab and Haryana. The celebrations are being hosted by Chandigarh Administration in association with Showbizz Celebrations. The event will be held at Parade Ground, Sector 17 and marked by a string of performances by renowned artists.

The event was officially announced by Jitender Yadav, Director Tourism, Chandigarh Administration, who also unveiled the official logo of the event earlier this week. According to Manmeet Singh and Narbir Singh, Directors, Showbizz Celebrations Pvt Ltd, pre-event promotions will roll out soon with a song dedicated to Chandigarh, rallies of vintage and luxury cars as well as a marathon for senior women. 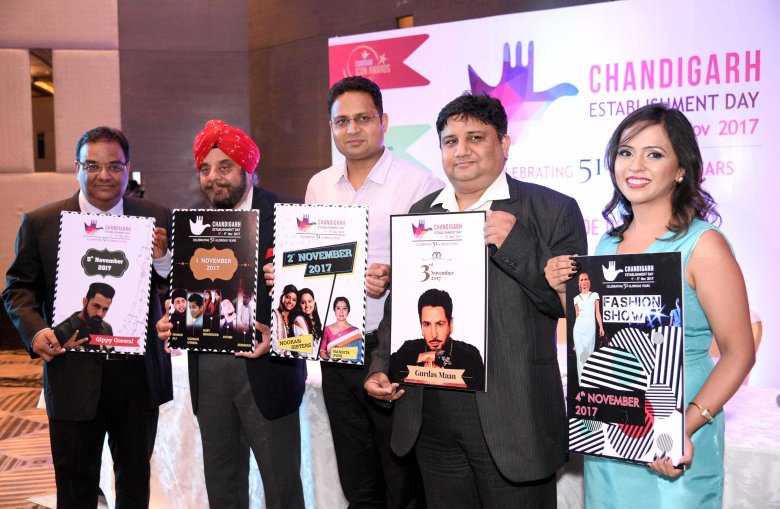 Starting from November 1, the event would have a detailed historical showcase of the city since its inception with a unique picture gallery. Through Chandigarh Icon Awards, people who have brought fame and glory to the city with their hard work would be honoured. A food festival, ‘Food on my plate’ curated by Ashish Chopra, a culinary historian, author and television host is also on the cards.

The foundation day celebrations will also include a luxury lifestyle exhibition – Chandigarh Shopping Kaleidoscope – along with Chandigarh Auto Expo, Real Estate Expo and a fashion show with a Bollywood showstopper. There will be a carnival for kids’ entertainment as well. Among those who would perform during the celebrations are acclaimed singers Gurdas Maan, Nooran Sisters, Manak Ali, Gippy Grewal and Zeeshan as well as a performance by kathak danseuse Nandita Puri.