Skip to content
More than just a decorative accessory, belts can be functional too even when worn over a sari.

If the crop top was the toast of last summer accentuating toned abs, the focus on the waist will continue this year too. And tummy tuck and belt up seems to be the mantra. Internationally, designers like Dolce & Gabbana, Vivienne Westwood and labels like Armani and Burberry have all brought the attention back on the feminine figure with the use of a belt – be it in its slim or broad avatar. 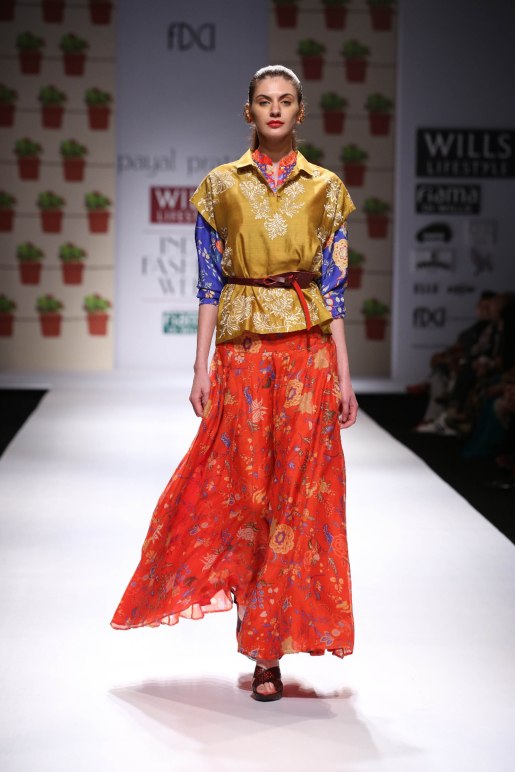 Closer home, cinched waists have been making their presence felt in spring-summer and looks like the trend will lead us through autumn-winter as well. “I feel accentuating the waist works really well for Indian body types. So, I am not surprised the trend has taken over. From classic brown belts to those made of unconventional material, I believe there is one for each type of personality,” says designer Archana Rao. 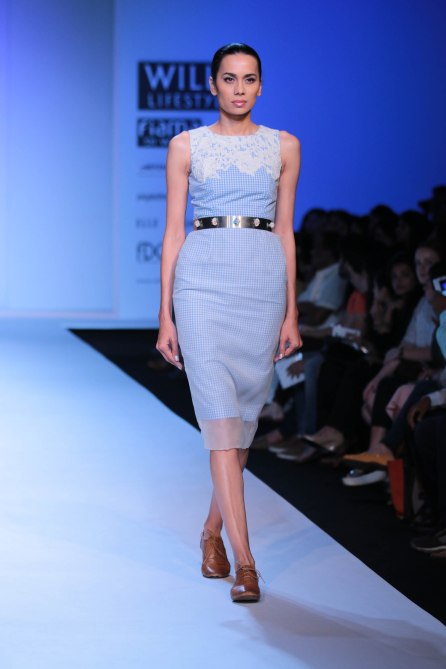 Metallic belts were the standout accessory in the collection titled ‘A Clothes Line’ by Frou Frou, Rao’s label. Instead of just being worn the usual way – looped in trousers – the metal belts, some even boasting of studs, were nattily worn over shirts and dresses making for a new look. “I worked with metal and contrasted that with the use of leather. In the past we have made belts with woven cane and leather trimmings,” informs Rao. 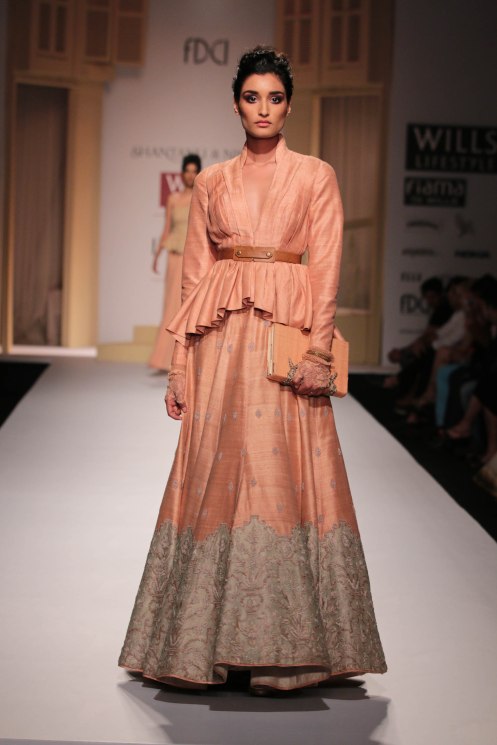 Agreeing with the fact that belts are the standout accessory for the season, designer Payal Pratap says she likes to use them as a styling tool. “I personally love belts. I think a person looks a lot more chic when they use a belt. There are so many variations of knotting and experimenting that can be done to alter the look,” says Pratap.

While Rao’s choice was the metal band, Pratap has worked with different materials varying from leather, textured leather to jacquards, felts and satins. The Japanese Obi style broad belt was a strong accessory in her summer line and will made its presence felt in her autumn-winter 2014 winter collection as well. “I think the Obi belt which is a rather wide belt, accentuates the waist so beautifully, making one look feminine,” explains the designer who used it to balance out the heavy look of the kimono in her winter collection. “There is also another dimension to it and that is the play of colour,” adds Pratap who suggests wearing a broad leather belt over a tunic or any flared silhouette.

Instead of being worn the usual way with trousers, an increasing number of designers are also teaming them up with Indian wear, especially with saris. Even though traditionally, kamarbands or gold waist bands have been part of many bridal trousseaux, especially in south India. The belt is indeed a contemporary take but designer Nachiket Barve who has paired corded belts with saris in his summer collection lists a few things in mind before getting carried away with the trend. “One has to keep in mind that the waist is accentuated when wearing a belt over a sari or a dress. Those with broader waists should skip it,” says Barve. Also the right way to wear a belt over sari, explains the designer, is to opt for a slim belt and keep it a tad loose. “It would be a fashion faux pas to wear it really tight,” he adds.

More than just a decorative accessory, belts can be functional too even when worn over a sari. Showcasing that wonderfully well was the designer label Abraham and Thakore. Looking to interpret ‘sleek uniform dressing’ for the city, the designers chose an urban safari as their mood-board for autumn-winter 2014. The models wore silk saris with slim golden leather belts with mobile pouches worn over the waist. “It went well with the theme of the collection which was essentially focused on urban dressing. Leather belts are a permanent accessory and we like to use them to give definition to a fuller drape,” says designer David Abraham. Belts can also be over jackets and shirts, feels the designer, provided you pick the right belt.

(This article first appeared in The Indian Express)